FOX 12 news has confirmed that a tip from DeDe Spicher has the police searching for missing 7-year-old Kyron Horman about a mile away from his school. The same area where they have searched before.

Although Multnomah County deputies wouldn’t confirm where the tip came from, they did say they were following up on leads and tips. They searched the field near Cornelius Pass Road and a field off Cornell Road.

The grand jury met Thursday in a closed session, but sources told KGW news that they grand jury was focusing on “nailing down the exact actions of Kyron’s step-mom Terri Mouton-Horman” the day Kryon went missing.

KGW news reports that at least two friends of Terri’s purchased cell phones after Kyron’s disappearance. KATU news reports that one of the friends was DeDe Spicher and that she purchased a prepaid cell phone at an electronic store at Lloyd Center with a fake name. During her grand jury testimony she said the phone was for herself and not for Terri.

Another friend of Terri’s who has not been identified, told the grand jury that there were three phones, one for herself, one for Terri and one for DeDe. The phones were purchased and were serviced by AT&T, because Verizon had no cell phone service at Terri’s home.

The grand jury testimonies continues through to next week. Chad Stively, DeDe Spicher’s attorney, told Fox News he would be surprised if Terri Horman was not indicted by the grand jury in connection to Kyron’s disappearance. 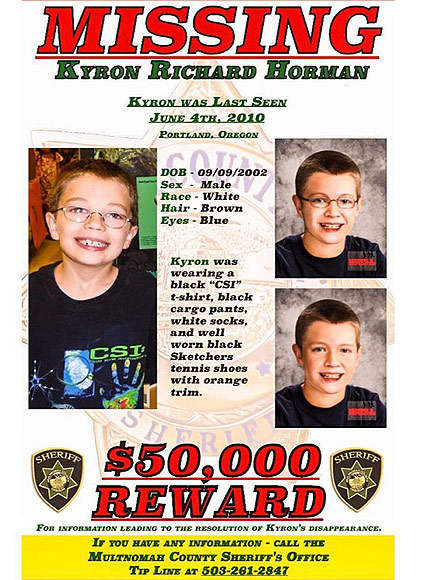