Police believe they have found traces of blood in Krista Dittmeyer’s car.

“We believe there is blood evidence in the vehicle,” Carroll County Sheriff Christopher Conley told The New Hampshire Union Leader.

Krista Dittmeyer has not been seen since her baby was found alone in a running car with its flashers on in Conway, New Hampshire 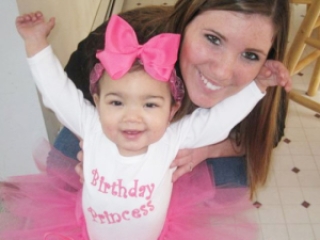 Krista is originally from Portland, Maine

.  She may or may not have been driving the black Nissan Sentra

that was found abandoned.  Conway Police did say they believe that Krista did not voluntarily leave her car behind.

The authorities have done an extensive search of the area and have found nothing suspicious.  They will now focus their attention on family, friends and potential witnesses.

As I mentioned yesterday, the police were searching two cars yesterday for clues.