An Amber Alert went out for missing Skylar Kauffman last night (Monday). She was found early Tuesday morning wrapped in a blanket in a dumpster. 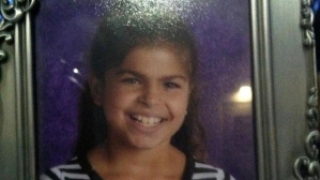 After you process that grief, I have to tell you that the police were called to the neighborhood two weeks prior, because the 40-year-old man who they have arrested for her death, had attacked her previously. Information is still coming out on this, but neighbors have told the news, and the police chief has confirmed, that the man had tried to attack her before. What happened to the man (his name will be released in a few hours after he is arraigned in court today) after that incident, I do not know yet.

It will be a tragedy if he was not detained in the matter.

I am assuming he was laying in wait for Skylar and dragged her to the basement where he killed her.

I do know that if she had been attacked before, as a parent I would have my butt sitting on a chair outside watching her play and escorting her where ever she went, especially if I knew the man that did it was still living in the apartment complex.

But, to be fair, we have to hold judgement on the parents, till we know the whole story.

One thought on “Skylar Kauffman: Body of missing 9-year-old found in dumpster”