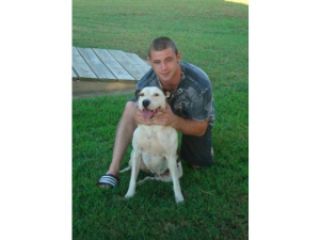 Because strangers said they saw a missing man in North Carolina, the search for him has been called off and his family disagree.
Steven Howard, 23, has been missing since April 28th.  He was last seen by a friend who dropped him off in Reidsville near N.C. 150.
I have seen many, many cases of missing persons and police will NOT take a name off of the National Crime Information Center Database unless the person has been found or have passed, and since as far as we know, neither has happened to Steven, it seems unusual to me that they have taken his name out of the database.
Compound this with the fact that he has not picked up his paycheck, nor made any phone call to his mother on his birthday or on Mother’s Day, when he never failed to do so in the past, makes it even more unusual that the police took his name off the database.
Three people have said they saw Steven.  Two were women who said they “possibly” saw Steven and one other who said she sold beer to him.  There has been no information whether the police saw any video from the store to verify if it was him, but they did have phhotos.
Gwynn Howard, Steven’s mother, saw surveillance photos from the store and she doesn’t believe that the photos are of her son.  You know your own children and she would want her son to be alive, so if there was any chance they it was him, she would be hopeful and relieved, not saying she didn’t think it was him.

There are other members of the family that do believe it is him, though.
It is not against the law to go missing if you are an adult, as long as you are not trying to do something illegally, but from what I am seeing, I am not so sure that Steven is missing voluntarily,
What do you think?  Is Steven voluntarily missing or endangered?
MissingPersonsOfAmerica