Where is Branson Perry?

I believe, just like Branson’s mother, Becky, that someone knows what happened to Branson. One day, in 2001, he is helping to clean the house for his dad and a few hours later he disappears.

Branson’s dad and mom are gone now, but we owe it to them to find out what happened to their son and where he is. If you were in the area during the time or knows someone that lives in the area of Skidmore Missouri, please forward this to them.

Branson Perry went missing on April 11, 2001 from Skidmore, Missouri. He was 20 years old.

Branson was cleaning his dad’s house on 304 West Oak Street in preparation for his dad, Bob, who was coming home from the hospital. He told his friend that was helping him that he was going to the shed to put back the jumper cables and Branson never came back. He just disappeared.

Authorities know that on the street next to the storage shed were two men that were fixing the alternator on Branson’s dad’s car. There is some speculation that Branson may have run into the men or the men may have seen what happened to Branson. 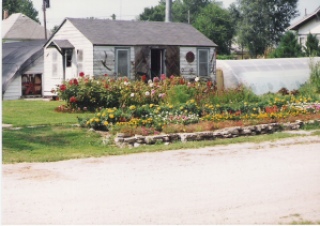 “The events of the day are fairly sketchy to me and often make no sense. I don’t have a time line of when they occurred, only sporadic comments that were made. At one point, the friend saw Branson run into the kitchen and take something out of one of the cabinets, then run out the back door. When he returned, she said he wouldn’t tell her what he was doing and acted like nothing happened. Later, she said she had taken a shower and when she came out of the bathroom she saw one of the men that were working on the car going through the cabinets in the kitchen. She said she asked him what he was looking for and he told her nothing and went back outside. Then at approximately 3 PM she had been upstairs when she heard the front porch door shut. She looked out the window and saw Branson. She asked him where he was going and he told her he was going to put the jumper cables in the storage shed and would be right back. She never saw him again. The men that had been working on the car claim to have never seen him. No one saw him.”
MissingPersonsOfAmerica