So, more is coming out about the Guy family that went missing from Shelbyville, Indiana.  Robert Guy, 52, has told why they ran away.

“Joseph (Robert’s son) got a tip and said, that somebody in the government that Joe knows told Joseph that this man, they had information, that this man was coming to Shelbyville to take care of me and my wife and my baby and Joseph.”  Evidently, Joseph added that the man was on the FBI’s most wanted list 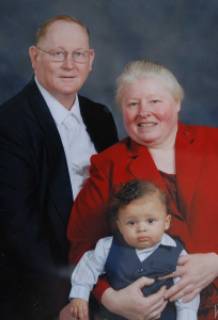 The family loaded their car and Joseph went back into the house to make it look as though something had happened to them.

“He did a few things to kind of cover up a little bit, make it look like somebody had hurt us.  I just stepped in. He said, ‘You better not come in.’ So I just stepped in and looked, but I got back out,” said Robert.

Also, Joseph, if you remember was on house arrest for stalking charges and was wearing an ankle bracelet.

“He got the monitor off himself. I never did do anything with that,” said Robert. “When this thing is all over said and done, and the dust has settled, Joseph will be in prison, I will be in prison. I don’t know what they’ll do with my wife. And they’ll take my baby away from me. I am so thankful that one day there will be a judgment day.”

Okay.  Hmmm.  Looks like the apple don’t fall far from the tree.

One thought on “Guy Family: Robert Guy explains why they went missing”