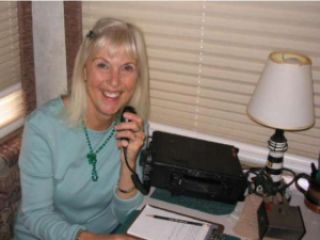 Update:  The body of missing Nancy Williams was found  about 400 yards away from some property owned by friends.   No cause of death was reported and will not be announced till after the ME report.

Police are searching for missing Nancy Williams, 68, from Tennessee.  She was last see at her East Ridge, Tennessee home on May 16, 2011.

Nancy’s Honda Accord was found on Fredonia Mountain in Sequatchie County on the side of the road.

There was not foul play seen at the car.  The car was locked and the keys were not in it.  Nancy had her cell phone with her, but the police say there has been no activity on the phone and think it may be turned off.

Nancy suffers from severe headaches and her family is worried about her. Williams, who has a long history of mental illness.  Recently she said that if she were to kill herself she would want to die by asphyxiation. Her family noticed a water hose is missing at their home.