Missing child from the 90s charged with rape and attempted murder 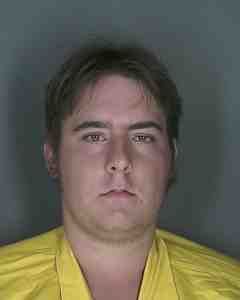 It is almost like this boy never had a chance. When Adam Cootes was two, his father killed his mother and left him alone in the house with his dead mother, then his grandmother abducts him, and then he becomes a poster boy for President Clinton, all before he is seven years old. That is a lot to put on a child.

I can’t find any info on why, but by the time Adam is 13, he is living in a group home. Now he isn’t just abandoned by his mother (of course, not her fault), and his father, now the rest of the family abandons him. He becomes so mentally screwed up, that he ends up sexually assaulting a girl at the age of 17.

Now, at the age of 23, Adam is in jail, charged with brutally attacking and raping and attempting to kill a 10-year-old girl he was babysitting in her Berne, New York home.

I remember an old adage that went, a rapist was once a sexually abused child.  Along with everything else, could this have been what happened to Adam? Read more here.