His dismembered body was found in the Kensington apartment of confessed murderer Levi Aron, aged 35, and in a dumpster in another Brooklyn neighborhood, Sunset Park, on Wednesday morning July 13.

This community has come together to search for missing 9-year-old, Leibby Kletzky who has been missing since Monday.

He was walking from summer camp to a doctor’s appointment when he went missing.

He was last seen leaving the Boyan Day Camp on 44th Street in Borough Park in Brooklyn around 5:00 p.m. on Monday.

Leibby usually took the bus home, but on Monday he received permission to walk seven blocks to the doctor’s office to meet his mother there.

“He normally took a bus down, you know, like every child, he wanted a little bit of 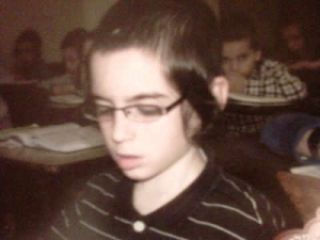 independence, wanted to do a little bit of walking on his own,” said Dov Hikind, Brooklyn Assemblyman. “So they had decided that they were going to.  Instead of walking all the way home, the mother was going to meet him just two blocks or so away from the day camp. The day camp is at 12th Avenue and 44th street, and the mother was meeting him at 13th Avenue, just one street over. Never arrived. Never showed up.”

Police dogs picked up Leibby’s scent in the lunchroom and followed the scent down the block before losing it.

Searchers have looked in stores, streets and covered a 10-square-mile area from Borough Park into Flatbush.

A locksmith business checked his store video and it showed Leibby walking past the business at 5:22 p.m.

Thousands of people gathered at Borough Park to look for Leibby, and now a mobile command center has been set up at that location.

Leibby is 4-foot-tall, 40 pounds with dark brown hair, and wears glasses. He is also known by his Hebrew name “Yehuda ben Esther.” He was wearing a blue shirt with green and white stripes, blue pants, black belt, black socks and sneakers and a blue backpack with “Neckmod Camp” logo on it.

There is a $100,000 reward for information about his whereabouts.