Pembroke Pines Police police are saying, during a press conference, they found evidence in a dumpster that points to foul play in the case of missing Pembroke Pines mother of three, Natalie Belmonte.

Natalie was last seen returning to her house from a party on Sunday, July 17 with her 22 year-old adopted son, Gerard.  Her son went to bed, and when he woke up the next morning, he couldn’t find Natalie.

Gerard was recently arrest on June 11, and charged with capias.  He also has been arrested for burglary.  Natalie accused Gerard of stealing jewelry from her worth $20,000 and pressed charges.  The hearing was scheduled for Sept. 15. 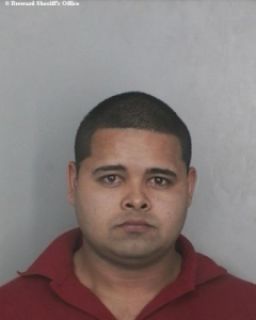 Natalie adopted Gerard after her brother died when Gerard was 9.

Belmonte also has a daughter in college and a son in high school.

Early information is coming in that says that her son had been arrested multiple times, including stealing jewelry last June.

Police said there are no signs of forced entry into the home and Natalie’s purse, belongings and car were at the home.

Pembroke police are searching for Natalie in her neighborhood, including a canal

Natalie is 5’4″, 135 pounds with long straight brown hair and brown eyes.  She was last seen searing a brown dress.  She is a local real estate agent for ReMax.

If you have any information please call the Broward County Crime Stoppers at 954-493-TIPS.