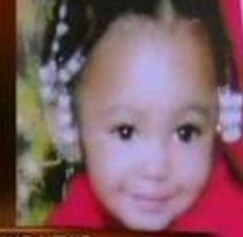 DNA has confirmed that the child’s body found in a burned abandoned building is the body of Mariha Trenice Smith that went missing last week.

Konesha Smith, 24, the mother of Mariha Trenice Smith, (see story) who was last seen sleeping on the floor of her aunt’s home, told the media that her sister, Virginia Smith was in custody of the police, because she failed the lie detector test.

The Medical Examiner’s office has ruled that he body that the police believe belongs to Mariha, died from Asphyxia before the fire was set.