Maurice James: Mo, Where did you go? 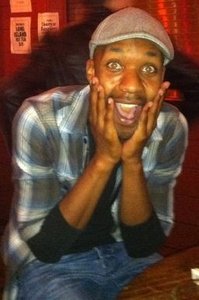 A Facebook page, “Mo, Where Did You Go?” is spreading the word about missing Maurice James, 29, from San Francisco, who was last seen last Sunday evening.

The search has concentrated at the beach, as that is where Maurice would like to go.

Maurice has not shown up for work and his wallet and cellphone were found at his apartment.

His roommate, Jennifer Masangcay, began calling around to see if anyone had heard from Maurice. His last communication was to his ex-fiance Michel Pignatiello on Monday around 12 noon via his iPod touch.

Clothes, leather jacket, glasses, clipper card, and iPod were identified as belonging to Maurice. He further explained to me that those belongings were found above Rock Mile Beach and brought to the authorities on Thursday, August 4th.

Police then issued a missing person bulletin, and are asking for the public’s help to find Maurice.

His family is organizing their own search party and you can stop by the Facebook page to see where they will be searching next if you would like to help.