Patrick Borally: Missing Ohio business owner found but no reason why he left 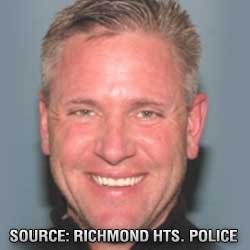 It seems as though Pat left on his own free-will and went to Canada, close to an area where he would go fishing in George’s Bay in Ontario.

I find this story very interesting as it shows that people, even ones with a thriving business and a loving family, do walk away from their lives.

Right now Pat is in the hospital getting checked out.  The family is already talking about respecting their privacy, so we probably will never find out why he left.

I realize that many of you probably feel that it isn’t any of our business anyway, and maybe it isn’t, but I would really like to know why he left, so I could better understand why people go missing.

It may be no more than Patrick was enjoying the fall weather, and as he was driving home decided he would just keep going.

Over the months that this website has been going, I have seen several cases where people were found months later, and after going over the story, it seemed as though they had some kind of mental break down that caused them to walk away from their lives.  If this is a viable cause for a person to go missing, then there should be some kind of criteria that would let the police know that this is a possibility.   In turn, this would separate the actual “run-a-aways” from people that have had a mental break down and are in crisis and need the public and police to search for them until they are found.

The reason this is important is because the information would keep the police on track and keep search parties going.   If the police suspect that there is no foul play, they in-turn consider it a runaway or willing-left situation and will not actively search for the person any longer.  They are put into a database, but unless a police officer pulls them over for speeding or sees them loitering, or millions of other reasons that would cause the police to question you and check their database, a police officer could walk right by them and not know they are a missing person.

If we had some kind of criteria that police could go by, drawn up by a mental health professional, it could be beneficial to thousands of people out there, by giving their situation the needed priority.

The FBI and Richmond Heights police said that their investigation was concluded and no charges would be filed.   I hope that the authorities do not walk away from the case before they find out why he walked away, as it may prove to be beneficial for other people that come up missing in the future.

One thought on “Patrick Borally: Missing Ohio business owner found but no reason why he left”