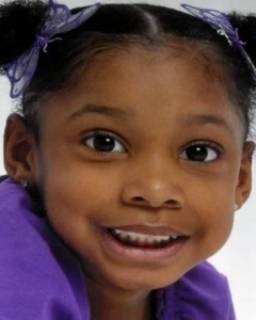 UPDATE:  Sept. 7, 2012 –
Jerice Hunter, the mother of 5-year-old Jhessye Shockley, has been arrested on first-degree murder and child abuse charges in her daughter’s death, according to police.

(I have posted many stories on Jhessye, so please type in Hunter or Shockley in the search area to read them all.)

Previous story: Police believe that there is someone out there in the community knows where Jahessye (pronounced Jesse) Shockley, who disappeared last week from Glendale, Arizona, is.

Police Cmdr. Rick St. John spoke during a  news conference on Tuesday and pleaded for someone to call and provide the information that will help them find Jahessye.

He said he would have teams of investigators back to the sight and they will recanvass the area to talk to people and gather information.

Police have said because there are few clues as to what happened that they believe Jahessye may have been kidnapped.

He also said in cases of kidnappings, the kidnappers will change the appearance of the child, like cutting their hair or making them wear glasses and he wanted the public to keep that in mind while looking out for her.

When Cmdr. St. John was asked if Jahessye was in California, he said:

“When I said we have to conduct a unbiased investigation what I meant there are several possibilities…Our opinion about where she might be or who might be involved, my detectives know, because I have told them time and time again, take your personal bias out of it and investigate the facts of the case…”

St. John said he has no concerns over what she (Jerice Hunter-Jahessye’s mother)  is saying about where she was.

St. John also said that anyone can go to the police website to learn more

You can listen to Jerice Hunter, Jahessye’s mother’s 911 call by clicking here.