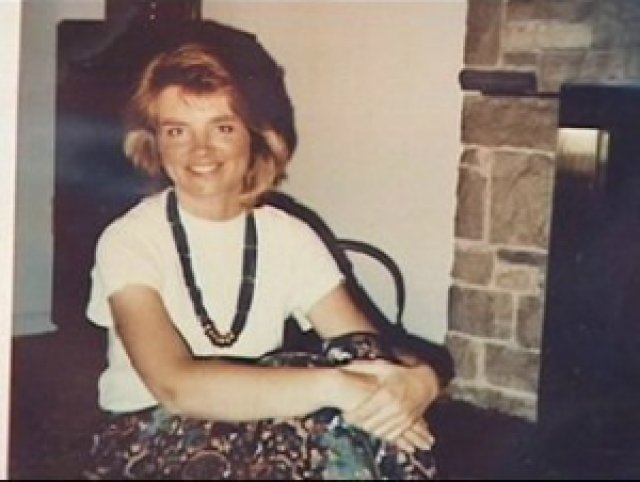 UPDATE:  Nov 18, 2011 – Sheriff’s Officials in Livingston County say the bones or remains found in a Conway Township are not of the missing 30-year-old woman.

Paige Renkosky from Okemos, Michigan, was last seen driving home from a Detroit Airport when she disappeared in May 1990 from Michigan.  She was seen talking to a man outside her car on the westbound Intestate 96 near the Fowleville exit in Lansing.

One man, headed east, saw her looking into the windshield of her car when the maroon mini-van pulled up behind her.

When the police found her 1986 Oldsmobile Cutlass around 8:00 p.m. that night the engine was running and the headlight were on and her shoes and purse were in the car.

Police found several fingerprints on the car, but they have yet to find a match through the law enforcement databases. They also have palm prints, but again, have found no match.

“In spite of considerable publicity for many years, television programs, billboards, all types of media coverage and extensive searches, her case has never been resolved. Her mother continues to work with the police, POMC. Victim’s Alliance and various missing people organizations. She is presently attempting to establish state-wide protocols for collecting DNA from family members in missing person’s cases for submission to the national DNA database.”

Now after receiving an anonymous tip back in 1999, which included a letter and a hand drawn map indicting Renkoski’s remains were buried there.  The area had previously been searched with ground-penetrating radar.  The Livingston County police searched with cadaver dogs recently and now believe they may have found her burial site in Livingston County Conway Township about 5 miles from Fowlerville, but nothing was found..