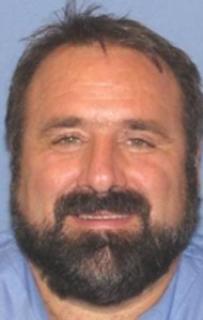 Mark Johnson, 49,  has not been seen since his home burned down on Monday, and police have been searching for him in the wooded area near his home in Landcaster, Ohio.

Firefighters arrived at Johnson’s house at 2699 Eckert Road Monday evening to fight the fire that ended up destroying the two-story home.  The only thing that was discovered in the rubble was the remains of a goat.

Johnson has two children, and they were at their grandmother’s house when the fire occurred.

Authorities found family photos and miscellaneous items had been placed in Johnson’s car and had been moved away from the home.