Teen calls and leaves message she was abducted FOUND 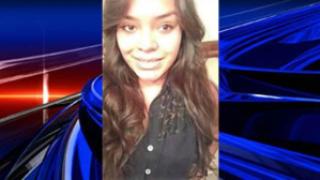 UPDATE:  Police following up on their investigation went to a house on the 100 block of Bolton Way in Vallejo and found Christina there.  The police arrested two people and ended up killing a pitbull.

Later that evening the two people were let go, and Christina was interviewed. That are still trying to determine what happened, but it appears  that the incident was a hoax and Christina was not being held hostage.

Christina Almanza, 17, from Fairfield, California in Solano County called her family and told them she was being held against her will.

According to the Solano County Sheriff’s Dept., a voice mail left on her family’s cell phone by Christina said that she was being held by several men.  She also said that she was with three other girls named Christina, Jessica and Marta.

Currently, it is believe that Christina was taken against her will on Wednesday night around 5:00 p.m.

If you have any information about Christina, plea call the Suisun City Police Dept. at 707-421-7373.

Christina is 5’7″ tall, 130 pounds, with black hair and brown eyes, she also has a scar on her head and face.