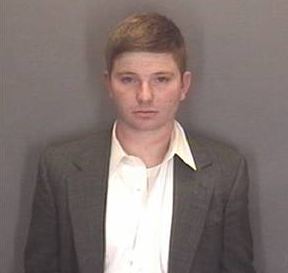 Matthew Henry Williams, 23, was last seen leaving his apartment on the 1900 block E. Cary Street in Richmond, Virginia last Tuesday and he hasn’t been seen since.

A surveillance video camera caught Matthew entering his apartment with two men around 10:00 p.m. and then leaving around 11:00 p.m.  Later that evening the same two men were seen breaking into  Matthew’s apartment without him around 1:00 a.m..  They left  after taking his TV and a video-game console.

Matthew works as a trust assistant at Wells Fargo, and was attending or had been attending the Western Carolina University in North Carolina where Matthew had been living before.