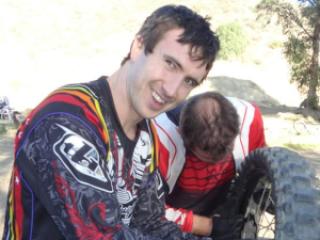 Update: Two unidentified bodies were found at Government Peak in the Mojave Desert, according to Kern County Sheriff’s Office.

I am so sad to report it is official, Dan and Chris were found deceased. The search is over. We will set up Memorial Page and focus on the family now.

Their bodies were found about 400 feet below the cliff that they apparently drove off; their ATV was found another 100 feet down.

Daniel Carbonaro and Christopher Rice took a Jeep to the Mohave Desert for an offloading trip on Sunday morning and they have been missing every since.  They had no food or supplies with them.

Rice, 29 and Carbonarra, 27, were last seen leaving the Cottage Inn Motel in Randsburg riding on a 2011 white Polaris Razor XP 900 ATV.  They left without any supplies as they were only going to be gone about 45 minutes.

About 180 people have shown up to help search for the men, that could have fallen down any of the mines in the area.

The searchers have been focusing on an 60 mile radius because they believe the fuel they had in their of froad vehicle would have taken them about that far.  Plus,  Rice had told Daniel’s mother they were planing on going to the Cuddleback dry lake in San Bernardino County.

The family is asking for volunteers to come help them search for Daniel and Christopher on Facebook .  Travis Self, a friend left town on Wednesday and brought along enough sandwiches to feed 150 people. 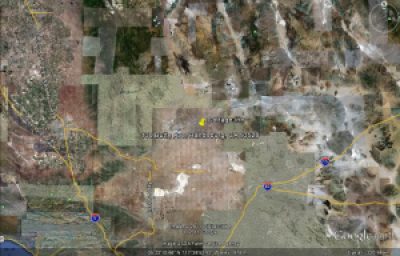 Let’s get these two guys back to their families for Christmas, if you can help search, please connect with their Facebook page.