UPDATE:  8/4/13 – The Investigative Discovery show, “Happily Never After“ (link here)  “Episode 8, Final Status Upgrade AKA Inked in Blood” that I appeared in has done Cassie’s story and it first aired on August 3, 2013 and a rerun on Oct 25, and rerunning March 2016.  It has also rerun in December 2016 and in the UK in December 2016. Watch episode – Inked in Blood. Purchase episode Final Status Upgrade

Back in March,  ID producers contacted me after reading my MPA article on Cassie and asked me to come to Arkansas to meet them to do an interview about her case and about the social media aspect of it.  Below you can see the post that Cassie and Brent and friends and family’s made on Facebook.  Thank you for reading Cassie’s story and you can also go to my Facebook page and read more about missing persons of America.

Update:  8/2/2012 – Cassie’s husband, Brent Cotta admitted in court that he strangled Cassie at their home in Fort Smith on Dec. 30.

Cassie’s body was found in a rural area in Van Buren, 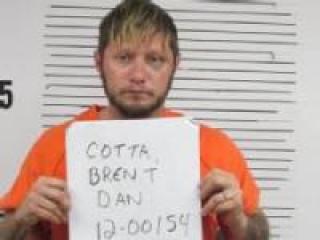 100 yards off Gun Club Road in rural Crawford County. Cassie’s husband, Brent Cotta was arrested and charged with first-degree murder in connection with her death.

Authorities did say that Cotta helped them find Cassie’s body after they kept questioning him because of inconsistencies in his story and they also found evidence in their home that was related to her disappearance.

Police also reported there had been domestic disturbance calls made in the month prior, and Brent was arrested for assault and battery

A search Tuesday afternoon was joined by Brent  where he stated, “We just want her home to come home safe and that’s what we are all focused on.”   Now we know he knew all along that she was no longer alive.  Brent Cotta was sentenced to 30 years in prison for the crime. He’d been set to go to trial Aug. 23.

Update:  I am hearing through social media that the motive for Cassie’s death comes from some of her last tweets with a guy named Brandon.

Cassie’s car is still in the driveway of her home, according to 40/29 news.  Note that Brent, Cassie’s husband said that Cassie went to a party in Alma with a man, although on Facebook (see below) he posted it was in Van Buren.

“She has.not. Been missing that long, she went to a party in Van Buren last night. She didnt.show up for work, I got concerned and called.her mom.” posted Brent. (see screen shots below).

Also, Pearl Cook (Cassie’s mom)  who filed the missing person’s report posted on Cassie’s Facebook page:  “Just for the record, there was no party she was going too….let me clear that up….”

Police have searched the woods near Cassie’s home and her family and friends have put up flyers and posted on social network sights in hopes of finding Cassie.

Cassie has tattoos of a gargoyle bat on her chest and a Nintendo logo on her forearm, and a piercing on her upper lip