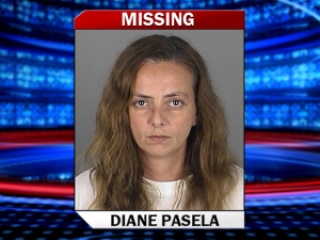 Update: Diane has been found at a
McDonald’s near U.S. 19 and Ridge Road. Diane told a detective she needed a break from life and decided to live as a homeless person.

The detective determined Pasela was mentally and physically stable, was not the victim of any crime, and did not intend to harm herself.  Her family was notified

Diane Pasela, 38,  from New Port Richey, Florida has been missing since since January 2.  She was last heard from by her family when she called then around  7 a.m. on the 2nd.

Diane has not answered her phone and her last cell phone signal came from the area of U.S. Highway 19 and Ridge Road around 4 a.m. on January 3rd.

She was driving a 2006 light green Mercury Montego, with Florida license plate #J109KY. The car has an “Oscar the Grouch” plate on the front, and a flag sticker saying “These Colors Don’t Run” under the rear plate. The car also has a veterans sticker on the passenger side of the windshield.