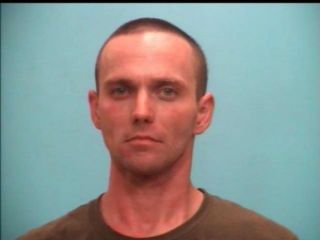 UPDATE:  2/4/13 – The family updated me and said that Mark is assumed dead from drowning.

“Thank you so much for putting my nephew Mark J. Oldbury Jr. on your website.My sister Mary Rose just got his death cert. and she is going to have his memorial service on Sat. Feb. 9th . Although his body was never recovered, the police were sure that he drowned. Our family wanted to update you and Thank You for all the good work you are doing.”

Mark Oldbury, Jr., 31, from Vidor, Texas was last seen on February 2, when his uncle dropped him off on Mansfield Ferry Road so he could go fishing and camping.

Mark’s fishing pole was found near the road and his backpack, wallet, shoes and some items of clothing were found scattered around the area.

Authorities have searched the area using 4-wheelers and an air boat, but Mark remains missing.

His family was told that an unidentified friend might have picked him up and taken him to a home somewhere in Orange County, but that has not been confirmed.