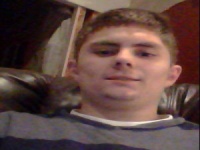 UPDATE: April 24, 2012 – Authorities are reporting that Robert Richard was the man who was pulled from the Merrimack River in Concord last week.  Roberts personal belongings were found in a homeless camp near the river.

Robert J. Richard, 20, was last seen on March 15 near the Everett Area in Concord, New Hampshire.

The police are asking for help in locating him.

He was wearing blue jeans, white t-shirt and a grey hooded sweatshirt.  He MAY have cut his hair in a mohawk style or shaved his hair.  He also uses hearing aids.

If you have any information about his whereabouts, please call the Concord Police Dept. at 603-225-8600.

One thought on “Robert Richard: Missing from Concord Found”