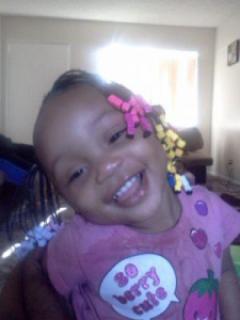 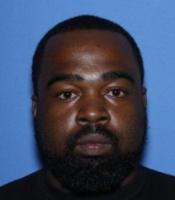 UPDATE:  Zahkairi has been safely found and reunited with her mother.  Ralph Morrison turned himself in Monday night.
Howard County police say 28-year-old Ralph Waldo Morrison brought Zahkairi to a private attorney’s office in Texarkana and turned himself in.  Morrison was arrested and taken to the Howard County Jail with a  bond set at $250,000.

An Amber Alert has been put out for Zahkairi Morrison, 1 1/2, was last seen on Buckeye Street in Tollette, Arkansas.

Authorities believe that she may be with Ralph Waldo Morrison III.  Zahkairi went missing around 12:38 p.m. on Sunday.

Ralph Morrison had used a car to collide with a car with Amaria Webster (Zahkairi’s mother), Zahkairi and two other passengers.  Morrison got out of his car and began beating and stabbing one of the passengers and Webster with an ice pick.  Howard County Sheriff Butch Morris said Monday that Amaria Webster was treated at a hospital and released.

Chief Deputy Bryan McJunkins says Ralph Morrison took Zahkairi and walked into the woods.  They believe that Morrison was able to get a ride from at least three different people.

Zahkairi is 2 feet tall, 25 pounds with brown eyes and black air.  Her hair is braided with colored beads and she was wearing a sky blue rover pink shirt and a pair of shorts.

Ralph is 5’11” tall, 300 pounds with black hair, brown eyes and multiple tattoos on his arms, left wrist and right shoulder.

They may be traveling in an older model Cutlass Sedan.  Ralph’s previous address was at 410 North Pine Avenue in Trumann and 947 Martin Luther King Drive in Little Rock, Arkansas.