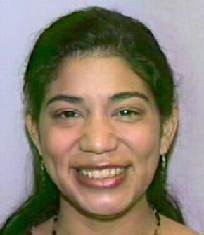 UPDATE:   8/8/2014 – A grand jury indicted Cid Torrez on a first-degree murder charge in connection with Viet’s death. The body of Vilet Torrez, has never been found.

According to a Miramar police report, investigators accuse Cid Torrez of bugging his wife’s work cellphone with a spying software called MobiStealth that would log emails, phone calls, text messages, track her location and more.

Her company car was found in the parking lot of her apartment complex and she did not show up for work at her job as a bath remodeling specialist on Monday.

Cid Torrez, Vilet’s estranged husband said he last saw her on Friday afternoon when he picked up their three children for the weekend.

“Out relationship, as far as when it comes to the kids, she’s a great mother.  As for her and me, we did have our little differences right at the end, but when it comes to our kids, everything was very, very close.  My kids need their mother,” said Torrez.  The Torrez’s separated about two months ago after 15 years of marriage.

Torrez said that Vilet had a new boyfriend who he had met.  Vilet went to dinner on Friday night, but the police are not revealing whom she went to dinner with.

The search continue for Vilet, who her brother, Javier Blanco calls “a beautiful human being, a hard-working, religious woman and, mostly, a devoted mother.”

The police said they have no persons of interest in the case and everyone has been cooperative.

If you have any information as to her whereabouts, please call the Miramar Police Dept. at 954-602-4000.

One thought on “Vilet Patricia Torrez: Missing mother from Florida”