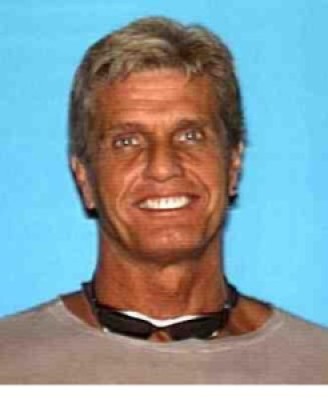 UPDATE July 3, 2017 – John Creech was found guilty today of voluntary manslaughter. Acquitted of the original charge of first-degree murder and also of second-degree murder by the jurors, Creech faces up to 11 years behind bars for the lesser crime.  To many, including myself this does not seem like justice.  Many years ago, my fiancé. Michael Simmons was knocked over the head from behind by one of his karate students.  Once he was down, Michael, who was about 140 pounds, was beaten to death by Phil Dench, who weighed about 300 pounds.  After the trial Phil also received voluntary manslaughter.  Three years later, as I walked into a local 7-11, Phil was standing behind the cash register ringing up sales.  I was shocked.  Michael was dead for ever and Phil goes on living.  I could not understand why he received such a short sentence.  I am sure the family of Gavin Smith are thinking the same thing.  On a side note, Chandrika Cade was there during the sentencing.

UPDATE 2015 – Chandrika Cade, the wife of John Lenzie Creech told grand jurors that Creech sneaked up on a late-night lover’s lane rendezvous between her and Gavin Smith on May 1, 2012, and started pummeling Smith as she screamed for help. She ran to her aunt’s house.  To read the whole story of what happened at the trial click here.

UPDATE:11/5/14 – After missing for over two years, the body of Fox executive Gavin Smith has been found, reports the Los Angeles county Coroner’s Office.

Sources close to the investigation told NBC News Investigative team that Gavin’s remains were found in the high desert by hikers on Sunday in a remote area of Palmdale near Acton. He had been buries in a shallow grave.

Below is updated information on this story as it came in over the last two years.  Please note the story reads backwards and you may want to start at the bottom of the page and work up to read in it sequence.

UPDATE: 3/14/13 – The LAPD have stated today that they located the Gavin Smith’s car in a storage facility in Simi Valley, reports Fox News.


UPDATE: Jan, 24, 2013 – LA NOW reports that the Los Angeles County sheriff’s homicide detectives have found a Hummer they have been looking for.

The Hummer belongs to John Creech, a convicted drug dealer whose wife knew missing Gavin Smith.  The Hummer was found outside Creech’s house in Granada Hills that was known as a marijuana grow house.

We will have to wait until the authorities get a search warrant and look in the vehicle to see if any more clues are found leading to the whereabouts of Gavin.

UPDATE:  July 8, 2012 – The family of a missing Hollywood movie executive is increasing search efforts and offering a $20,000 reward for information leading to his whereabouts.

On Sunday, family and friends are handing out fliers in the Sylmar area in LA County.

“We wanted to find out what we could do hands-on,” she said. “Obviously we can’t search for Gavin but they told us that we could put posters up. They directed us to a good area and this is it.”

“The police have led us specifically to this area,” she said.

UPDATE:  June 23, 2012 – John and Candrika Creech’s home was investigated by police two weeks ago.  They have been there twice and have taken cell phones, computers and files.

“Chandrika and Gavin first met in 2008 in therapy,” a source tells E! News. “They had a relationship and in 2008, when Mr. Creech found out about it, he told his wife to stop it.” However, the source says Gavin and Chandrika started their relationship up again.

A source adds, “Mr. Creech has never met Gavin Smith and has never seen Gavin Smith, but they did have an email exchange in 2008.”

A source said that the Creeches “are separated.” The insider adds that John lives on the bottom floor of the house and Chandrika lives on the second floor with the children, while a grandparent also shares the home.

“In early 2011, John would see his girl[friend]s and go on dates and Chandrika would go on her dates,” a source tells E! News. “The only rule they had is that they don’t bring their dates back to the house. The arrangement was, ‘You do whatever you want and I’ll do whatever I want.'”

John Creech served 63 months in federal prison in southern Indiana 10 years ago for conspiracy to possess with the intent to distribute more than 100 grams of methamphetamine. He was released in 2003.

Creech was taken into custody from an arrest in 2010 where he was charged with one count of sale or transportation of a controlled substance. He faces up to 10 years in state prison if convicted.

Meanwhile, authorities still consider Gavin Smith’s disappearance to be a missing persons case, despite the involvement of homicide detectives.
Smith’s family has offered a $20,000 reward for information regarding his whereabouts.

UPDATE: Locals in Morro Bay, Calif., are claiming that they saw Smith and a female companion on May 7 at a popular restaurant called Taco Temple, according to NBC’s Los Angeles affiliate station.

“The next morning in the office, I noticed on the Yahoo main page that there was a news link to a missing Hollywood executive,” said David Brill, who dined there that night.

“I happened to click on the link, saw the photo, and said, ‘Oh boy, that’s the guy I saw in the restaurant the previous night,'” he said.

A waitress at the restaurant is saying she served the couple.

I believe the family probably suspected this, as their pleas for him to come home, seemed to imply that, along with a called off search for him last weekend, and a family spokesperson saying, “that’s old news, nothing came of it.”

It the allegations prove to be true, I hope that Gavin comes to his senses and at least calls his family, even if he plans not to return to them.

Gavin Smith, 57,  was last seen on Tuesday driving near his Oak Park home in his Mercedes 500E sedan.

Gavin works at 20th Century Fox in the movie distribution department at the Calabasas office where he has worked for 18 years.

He is a LA based executive branch manager for theaters in Dallas and Oklahoma City.

Gavin is 6’6″ tall, 210 pounds with grey hair with blond highlights, green eyes and he has a goatee.  He also has a 5″ scar on his calf and a 4″ scar on his inner right wrist.

He was last seen wearing purple pants and black and grey shoes.

His car has padded storage racks on the roof, tinted windows and California license #6EKT044.