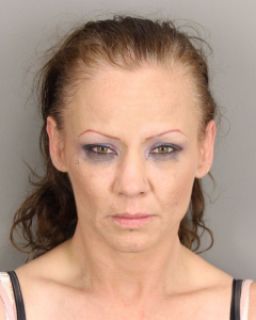 UPDATE:  July 1, 2012 – Rebecca was arrested on a drug warrant Sunday near the Lamplighter Village Park on Jamacha Boulevard

Detectives found “suspicious circumstances” in her mobile home after their six hour search of the mobile home park conducted by sheriffs, rescue volunteers and cadaver dogs, the sheriff dept. said.

Alford was arrested and booked for transportation of a controlled substance after attempting to out run authorities.

June 12, at about 5:17 a.m., the Sheriff’s Department received a call regarding a female missing from 10767 Jamacha Blvd. #58, Spring Valley since Monday evening. Due to suspicious circumstances at the scene, detectives from the Sheriff’s Homicide Detail were requested and responded.

The missing person is Rebecca Faye Alford, AKA: Fatima Garcia. She is a white female, 41 years of age, 5-6″, 125 pounds, with red hair and hazel eyes.

Ms. Alford is the registered owner of a black 1999 Ford F150 pick-up truck with California license plate 67216A1, which has not been located at this time.

We are asking the public contact the Sheriff’s Homicide Detail if they have any information regarding the location of Ms. Alford or her truck.