Breaking News
Home » Found » Lynn Jackenheimer: Missing after not coming back from vacation in N.C. Found

Lynn Jackenheimer: Missing after not coming back from vacation in N.C. Found

A caller told a 911 operator Saturday that he had found a body in a trash bag in Frisco.
According to the call released by the Dare County Sheriff’s Office, a man smelled something and discovered the body in a marshy area.  Authorities confirmed this afternoon the body is Jackenheimer, 33.

Lynn A. Jackenheimer, 33, is missing after her boyfriend returned from a camping trip without her.

Summerfield dropped off the children at her home, but Lynn was not with them.

“He is a person of interest,” Ashland County Sheriff’s Capt. Carl Richert said.

The police are searching for Summerfield who may be driving a dark gray 2009 Honda Civic with license plate FMV7540, and are asking for the public’s help to call in if they see him or the vehicle.

Summerfield evidently said something to his brother before he left on vacation with Lynn and her children. 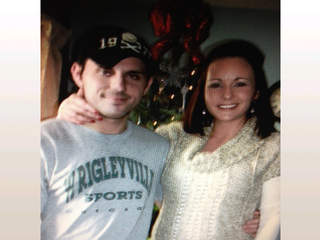 “Incriminating statements have been made to persons in Ohio that foul play may be involved,” said Dare County Deputy Steve Hoggard.

Information about the case should be reported to the sheriff’s office detective bureau at 419-289-3911.

3 thoughts on “Lynn Jackenheimer: Missing after not coming back from vacation in N.C. Found”

JDean@2010
We use cookies to ensure that we give you the best experience on our website. If you continue to use this site we will assume that you are happy with it.Ok