Click here to read about the suspect as posted by the authorities.

Heather said of her relationship with Misty: “It wasn’t the best to start with, so there wasn’t really much to go with.”

UPDATE:  1/5/13 –  Evansdale Police Chief Kent Smock told The Des Moines Register on Wednesday that the causes and other details about the deaths of Elizabeth and  Lyric will be kept confidential in order to protect the investigation.

Smock says “the only people that are going to know this information are the people who are responsible.”

Personally, I am not too confident that anyone will ever be charged with this crime.  I don’t believe the police have any idea who did this and will not be able to figure it out, and subsequently no one will ever be caught.  Where is the FBI?

UPDATE:  December 7, 2012 –  The two bodies found in the Seven Bridges Wildlife Area near Readlyn on Dec. 5 have been confirmed to belong to Lyric Morrissey and Elizabeth Collins.

No arrests have been made, and a $150,000 reward fund has been established for information leading to an arrest and conviction in the girls’ deaths. Cedar Valley Crime Stoppers raised a separate reward of $20,500 during a fundraiser this month.

UPDATE:  July 23, 2012 – FBI spokeswoman Sandy Breault said Monday that investigators want to interview a person who was paddle boating on the lake around the time the girls disappeared. She said that person could help investigators learn what happened to the girls.

They were last seen around 12:30 p.m. in downtown Evansdale and were seen by a shop owner wearing pink and green.

The bikes were found on Friday on a bike trail on the southeast corner of Meyers Lake, along with their purses, but there was no sign of the two girls who are cousins, reports the WCF Courier. 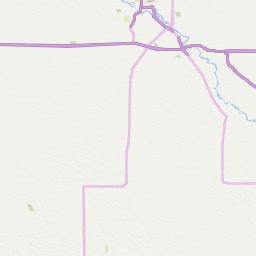 The Evansdale Community Response center met at 8 a.m., Saturday morning to continue with their search for the girls. Today they will concentrate their efforts on Deerwood Park and Cedar River.

Divers have already searched Meyers Lake along with boats that have dragged the bottom on Friday. Police and volunteers went door-to-door as well as searched the wooded areas.

Anyone interested in joining the search for the two missing girls should report to the Evansdale Fire Department at 911 S. Evans Rd.

If you have any information as to the whereabouts of these two missing girls or have seen them, please contact the Evansdale Police Department at 319-232-6682.