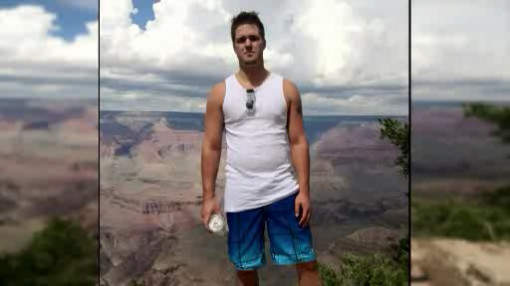 UPDATE:  The Valencia County Sheriff’s Department says the body of Brandon Young has been found.  He was located about a mile away from where he crashed his truck on Hwy 47.  Authorities do not know if the cause of his death was a result of the accident, but there were no signs of trauma to Brandon’s body.

Previous story:
Brandon Young, 29, was seen driving the white Dodge pickup truck before he was in a single-car crash on Highway 47 near Belen, N.M., resulting in him crossing the freeway and crashing into a power pole and going through a barbed wire fence, reports KRQE.  Power was knocked out for hours for the neighborhood.

When authorities arrived, Young was gone.

Young’s girlfriend, Jessica Martinez, said he was angry when he left his Los Lunas hotel and that he had been drinking.

Martinez said it’s very unlikely for Young to fall off the grid for two days. Young, who is from Maine, has been in New Mexico for 10 months, working as a traveling wind turbine technician.

“We don’t know where he’s at. hurt, or if he’s laying in a ditch somewhere,” said Martinez. “We don’t know anything. We just want him found.”