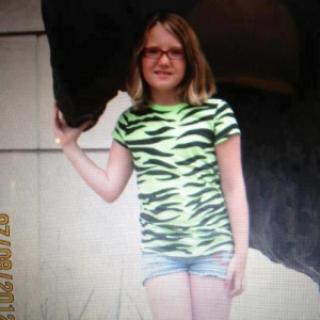 The disappearance of 10-year-old Jessica Ridgeway from 10786 Moore St in Westminster, Colo. on Friday has shocked her community.  The police did not have much to go on until her backpack was found in a residential area in Superior.

The backpack was seen on the sidewalk in front of their house at 6:45 p.m. on Saturday.  Since the family lived in a neighborhood with children they left it there thinking that someone would be back to pick it up.  When it was still there the following morning, the resident took a closer look and noted it was sitting in an upright position and it had a Jessica keychain hanging from it.  Inside was a water bottle with Jessica’s name written on it.

The resident then left a lost and found message on listserv, stating the water bottle had Jessica Ridgeway’s name on it.  Someone reading the message recognized the name and told him, he then called 911.

At a news conference on Sunday, the police were asked what was in the backpack but they would only say that “there are discoveries that tie it to the Jessica case.”

Early Monday the police released a new flyer with “update tip line, clothing change, backpack” it read on their post on Twitter.  Through the morning the PIO officer brought up several times that Jessica could be in different clothing.  Authorities began asking the public to concentrate on Jessica’s facial features as “there is a good chance she has changed clothes.”

With all the talk about clothing change, does this mean that the clothes that Jessica wore to school were found in the backpack?  If the public is being asked to concentrate on Jessica’s facial features, is it possible that Jessica is wearing a wig or a hat?  Is it possible her glasses were found in the backpack, or has she taken them off in hopes that she will not be recognized.

The burning question is why did Jessica’s backpack end up over 5 miles away in a residential area.  Did someone who might have abducted Jessica drop it there, but if so, why there and not a dumpster?  Was it Jessica herself that put it there or did someone else, possible a child, find it somewhere else, maybe by the greenbelt that runs behind the homes and and carry it to where it was found and now are too afraid to come out and say?

Although 10 is very young age to be socially active on a computer, is it possible that Jessica began talking to someone and told them her dad lived in Missouri and she wanted to visit him and this unknown person said he would pick her up on Friday and take her there?  Did that person tell her to bring a change of clothes and maybe a hat to cover her hair and convince her that throwing out her backpack would keep the police from recognizing her?

“We do not have any reason to believe there is a person going around abducting children,” Westminster PD spokesman Trevor Materasso said.

If not, then does that mean that Jessica willing left? 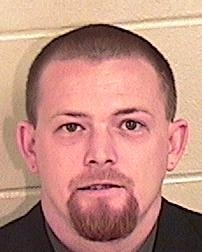 Jessica’s father, Jeremiah Bryant was arrested in February. According to documents obtained by FOX31 investigative reporter Josh Bernstein, Bryant was recently convicted of second degree domestic assault in Missouri’s Jackson County. He was sentenced to three years probation, ordered not to have any contact with the victim and required to attend a domestic violence intervention program.He pleaded guilty to one count of domestic assault. According to prosecutors, he was romantically involved with the victim in the assault case. Court records indicate he choked the victim, whose name has been redacted from the files.
Bryant received a suspended imposition, which means the case will be dropped and the conviction will be removed from his record if he complies with the terms of his probation.