“Nobody has heard anything. Nobody. And that’s just not like Dana. It’s not like her,” Gloria Barich, Dana’s mother told WTSP news.

Dana had gone to her brother’s house in Orlando on July 4th.  Her boyfriend dropped her back off at her apartment and that was the last he saw her.

“We’ve talked to her boyfriend. Her boyfriend has indicated that he dropped her off at her apartment. We’ve checked that apartment and there was signs of any unusual activity there. All her personal belongings or clothing were still there,” said Det. Larry McKinnon with the Hillsborough County Sheriff’s Office.

Later more was added to the story.  The boyfriend said he had caught Dana with two men doing drugs at their apartment in August.  He kicked Dana out of the apartment because he did not do drugs.  He has not seen her since.

Detectives said they’re especially concerned because Boshell’s banking activity stopped the day she disappeared. It had been very active prior to that. Bothell was supposed to collect her inheritance but she has not made contact with anyone. 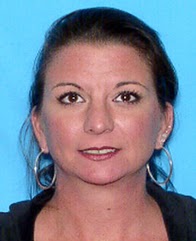 If you have any information about Dana Boshell, you’re asked to call Hillsborough County Sheriff’s Office at 813-247-8200.

I have a small favor to ask. More people are reading Missing Persons of America than ever and asking for their family member to be shared. I do it because I believe that every single missing person matters, and they all need equal attention. It can’t be done any quicker, and with less boundaries than social media. Last year, I was bombarded daily with more and more cases to share.  I found myself falling behind as I work 10 hours a day to feature missing people. Also, the network has grown so large that we are in need of an internet host that can serve the growth, so the website does not go down. Many don’t realize that Missing Persons of America independent, investigative posting takes a lot of time and hard work to produce. Frankly, I need funds. If everyone who reads this website, who likes it, can help, our future would be much more secure. For as little as $1, you can support Missing Persons of America and it only takes a minute. Thank you.