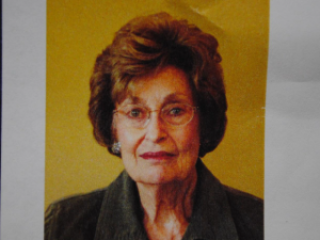 UPDATE:  11/1/12 –  Barbara’s body was found in her trunk in the parking lot of the  Woodridge Park East Apartments on Woodridge Drive, near Roosevelt Avenue.  Police are in the early stages of the investigation.

Previous story:
Monroe police said.Barbara Howe, 87, is missing from her home at the Mount Pleasant Retirement Village on the 400 block of Paxton Street in Monroe, Ohio.  She was last seen on Sunday, Oct. 28, 2012, reports the KYPost.

Howe had lunch with a friend and sent an email in the hours before she vanished.

Howe is described as a white female with brown hair and green eyes. She is approximately 5 feet 6 inches tall and weighs about 138 pounds.

Barbara’s car is also missing, so please keep a look out for her red four door 2005 Cadillac STS with license plate number AUJ4776.

Police ask anyone with information regarding the location of Howe or her car to contact Monroe police at (513) 539-9234 or dial 911.