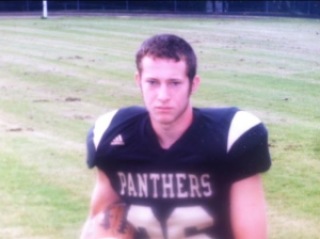 UPDATE:  11/20/12 – After 4 days,
officials confirmed Tuesday afternoon that a body found in a quarry in Fleming County is that of a teen who had been missing since going on a hunting trip with his father Saturday, reports Lex 18 news.

Officials said his body was spotted by a helicopter flying over the quarry. The official cause of death is pending an autopsy, but it appears Hamilton fell from a cliff into the rock quarry.

Previous story:  Ricky Dean Hamilton, 15, from Flemingsburg in Fleming County in Kentucky has been missing since 4:30 p.m. on Saturday, November 17.

Fleming County Emergency Management Director Dwayne Price said Sunday Hamilton and his father, Ricky Hamilton, entered the wooded area to hunt around 4:30 p.m., and separated with plans to meet at a designated area, but Ricky never showed up.

“He’s hunt this ground for quite a few years now,” says Ricky’s uncle, Bobby Hamilton. “For him not to got back something must have happened to him. I don’t see how, because he couldn’t have gotten lost.”

More than 100 people have searched for Ricky since Saturday, but he has not been found.  More search and rescue people will be brought in on Monday to search.

Anyone with information about the whereabouts of Ricky Dean Hamilton, or possible sightings of the youth, should contact  the Fleming County 911 Emergency Dispatch at 606-845-2121.