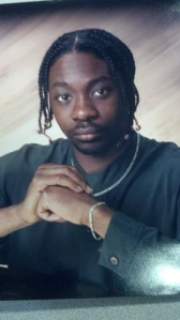 BUFFALO, N.Y. (WIVB) – Police are looking for help finding a missing man who could be outside during this blast of frigid Arctic air.

Monteil Chambley, 35, is missing from Buffalo, New York.  Police said he suffers from medical issues.  He was last seen on  Monday night at him home on Carlton Street.

Monteil is 5’10” and 160 pounds. He has long, curly black hair that’s pulled into a ponytail, a full beard and brown eyes.

Anyone who sees Chambley or has information on his whereabouts should call Buffalo Police at 851-4403.