Trung Ngo: Is Missing from Katy 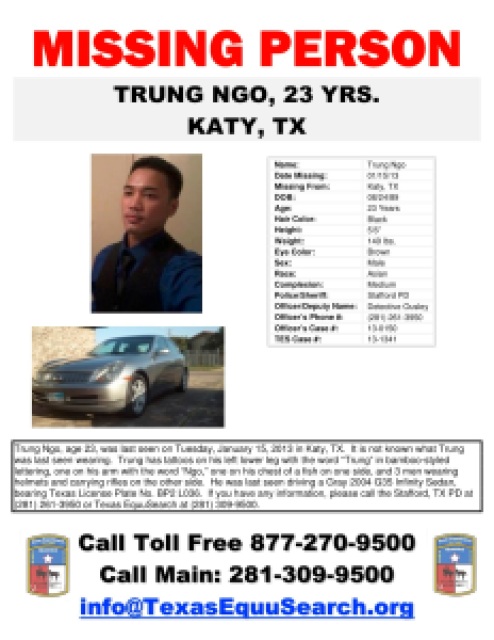 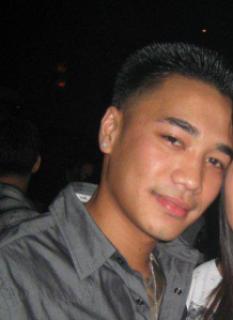 Texas Equusearch have searched the area around I-10 and Fry Road looking for him, and volunteers met up at Second Baptist Church in the 19400 block of Katy Freeway on Saturday to search.  His cell phone was found on the side of the road.

Trung is described as five foot six, one hundred and forty pounds, with black hair, and brown eyes.

Trung has distinct tattoos.  The word “Trung” on his lower left leg in bamboo lettering, “Ngo” on his arm, a fish on one side of his chest and three men with helmets and rifles on the other.

There is a reward for any information leading to his whereabouts. 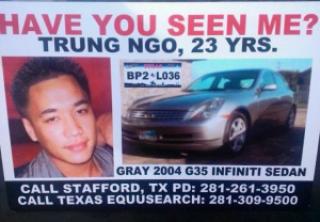 For more information or to talk about Trung, please visit his Facebook page. 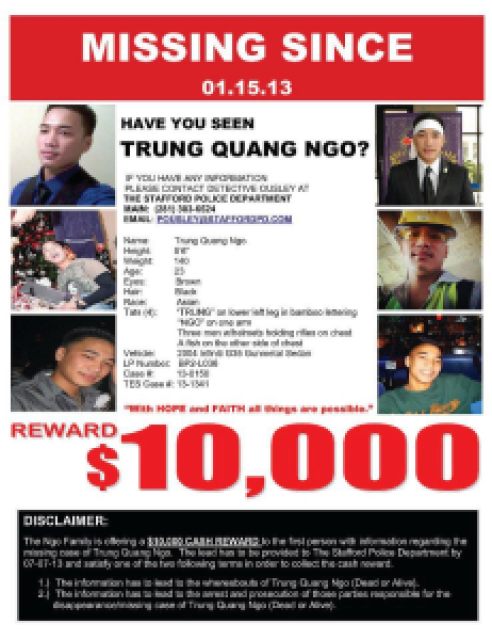 One thought on “Trung Ngo: Is Missing from Katy”