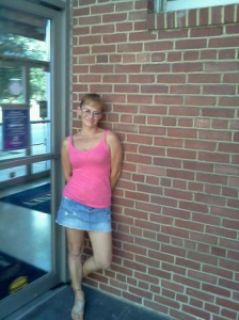 UPDATE:   2/15/13 – The Orange Police Dept. believe they have found Tami’s body.  It was located north of Mauriceville in a heavily wooded hunting area.  Positive identification will be made by the medical examiner.

UPDATE 2/15/13   KFDM News reports that Joshua Latham was found at a relatives residence on Thursday and has been arrested.

Previous story:  On Wednesday, the Orange Police Department is asking the public for help to find a man they want to talk to about a missing Louisiana woman.
Joshua Latham, 26, who used to live in the Mauriceville area and is now living in Orange, Texas, is wanted for a felony there.

Authorities want to question him about the disappearance of Tami Higginbotham, 41, from Vinton, La.

According to Tami’s sister, Staci Robinson, Tami has been missing since Feb. 9. Tami drove her boyfriend’s truck from Vinton to Orange, which is about 20 minutes away, to meet with Joshua so she could sell him her cell phone, reports Beaumont Enterprise. She was last seen around noon on Feb. 8 when she left Orange. The truck she was driving was found parked at Blue Bird’s Fish Camp on Simmons Drive later that day, but Tami was no where to be found.