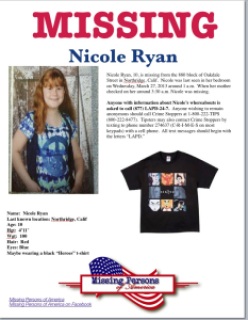 UPDATE:
A fugitive charged with abducting and sexually assaulting a 10-year-old Los Angeles girl was returned to the U.S. Wednesday after being arrested in a Mexican village where he’d checked himself into a rehabilitation facility under a fake name, authorities said.

UPDATE:  4/4/13 -More information has surface surrounding the abduction of Ryan. According to police, Summers broke into the house in the middle of the night while Martinez waited in a getaway car. When Summers came out he had Ryan with him and they both got in the car.  They drove a short distance and then abandoned the vehicle and went to  a vacant home.  According to the criminal complaint, Summers sexually assaulted her and forced her to pose for nude photos.

Police Cmdr. Andrew Smith said it was unclear why Summers abducted the girl but investigators don’t believe he had targeted her when he initially went to the home.

UPDATE:  Nicole has been found by the Topanga Police at 3:00 p.m. on Wednesday, March 27, 2013.
UPDATE:  Nicole’s older brother was at home.  A surveillance camera that was set up at a business that points into the direction of Nicole’s home is being looked at.  Police report that backdoor was unlocked and side gate was open (child could not reach lock on gate without assistance)
Previous report:  Nicole Ryan was reported missing from her home in the 8800 block of Oakdale Street around 3:50 a.m. in San Fernando Valley, Calif.

Already, police have stated it might be a possible kidnapping in progress., reports MyFox LA.

Nicole’s mother said she saw her in her room around 1 a.m., but when she went back in at 3:30 a.m. she was gone, and she called the police. 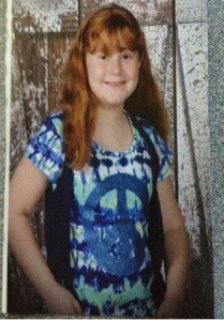 There is no reports of foul play but also there is nothing that happened to have caused the girl to runaway.

“But at the same time, there’s no indication there’s any foul play whatsoever at this point,” said Capt. Daryl Russell of the LA Police Dept. “We’re conducting a thorough investigation. We’re trying to locate Nicole and we’re asking for the public’s help.” 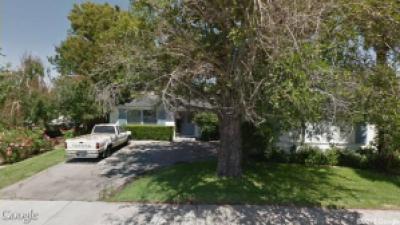 There are a lot of questions being asked from the social network regarding the disappearance of Nicole.  What the door found unlocked?  Was she on spring break?  Was she on XBox or Facebook?  One thing we know for sure at this point is that there is a lot of police looking for her.