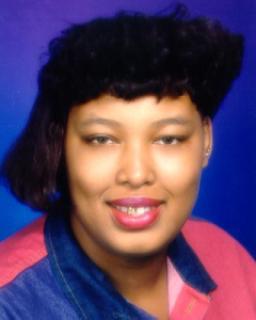 Shanythia’s photo on poster on right is shown age-progressed to 35 years.

Shanythia was last seen at her family’s residence in the 1600 block of North Cypress Road in Pompano Beach, Florida on August 26, 1993.  Shanythia left around 5 a.m. to drive her boyfriend to work.  Her mom didn’t know she was gone and thought she was in her bedroom, because her bedroom door was closed and when she looked out she saw her car was parked in the driveway at around 8 a.m.

Later investigators stated they believed Shanythia may have left her home at 8:30 a.m. She was last seen white shorts and brown sandals.

Shanythia’s vehicle, a white 1992 Pontiac LeMans, was found locked and abandoned in the parking lot of the Days Inn motel 1411 NW 31st Ave., Pompano Beach, Florida on August 29. Her purse was under the front seat. Police found some fake identification for Greene in the name “Toquerta C. Montgomery” inside her purse.

Shanythia’s mother left for work that day and returned around 10:00 p.m.  When she didn’t see Shanythia there, she thought she was with her boyfriend. She went to bed and woke up at 3 a.m. and realized Shanythia was not home.

None of her clothes were missing, she did not pick up her paycheck from her part-time job as a cashier at K-Mart and there has been no activity on her bank account since her disappearance.

Investigators received a possible tip concerning Greene’s case in April 1995. The individual claimed that he was told a body was buried in the yard of a residence in the 2800 block of northwest Fourth Street in Pompano Beach. Authorities searched the area but failed to find any evidence.  Shanythia’s mother believes here daughter may have been hurt by two people known to her.