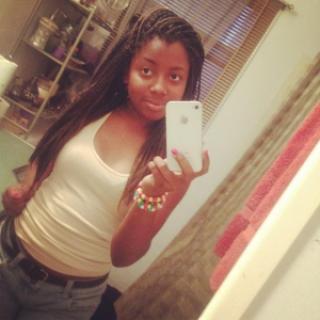 Myra Howard from Valinda, CA was last seen in Los Angles CA.  Myra went missing on April 29th 2013 at approximately 10:00am and was last seen at 2107 Manchester Ave.  She is known to have met with an adult male who she met on the internet. The two arranged to meet and she has been with him and in the presence of several other adult males since the time of her disappearance. She is known to have gotten several tattoos from these men during her disappearance and she has been seen hanging out at their tattoo parlor. Through phone records it is known that she is in contact with these men. There is growing concern about her safety and well being as it does not appear that she planned on staying away from home. She did not take any extra clothing when she left home and she left a couple of hundred dollars in her bedroom.

Myra Howard is 16 years old and weighs 100 pounds. She is African American with medium length hair. She has brown eyes and brown hair. She has several tattoos which includes praying hands, a dream catcher, the words Scoobi on her back. If you have any information about her whereabouts please contact (951)660-8031 or your local law enforcement station.