Could a hunter be accidentally responsible for killing Dylan Redwine?

I have written several stories about Dylan.  Please go below for links or type in his name to get a link to all the stories on this website.

UPDATE 8/14/13 – Detectives from multiple law enforcement agencies showed up at Mark Redwine’s door on Wednesday with a search warrant in hand.

They removed sections of carpet and wood flooring, took a fireplace poker, clothing and a cell phone, and Redwine told KUSA News that they also dug a hole in his yard underneath an outdoor staircase.

One of the things that comes up in the search for Dylan Redwine this week is how quickly he was found after the search began this week.

I can’t help but wonder if the police had a specific location in mind when they were searching this time.  It is known that on Nov. 24, 2012, search dogs picked up Dylan’s scent at Vallecito Reservoir.  Is that why the police decided to go back after the snow melted or was there something else that brought them back there?  Could that something else be a trail camera?

As I began to learn more about the area where Dylan was found I began to theorize something else that may have caused his death.

Middle Mountain is a 13,100 foot Colorado peak in the Sawatch Range, located about 7 miles south of Independence Pass in San Isabel National Forest. The eastern slope of Middle Mountain is in the Collegiate Peaks Wilderness Area.  Where Dylan was found was said to be about 10 miles from where his dad lived in Vallecito.  Looking at this map below, Dylan could have walked Route 1 or Route 2. 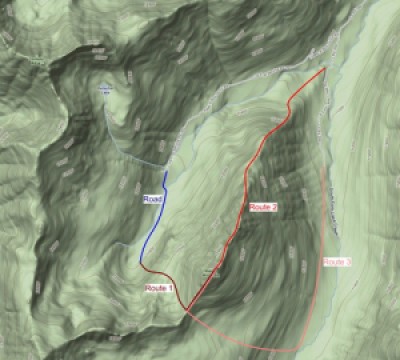 Hunters can only hunt during specific times for specific animals and they can use guns or bows and arrows to hunt.  There are also landowners that allow hunters to roam their property and hunt.  The Pine River Trail seen in the map below crosses private land for 3 miles before reaching the Weminuche Wilderness.  During the time that Dylan went missing  Elk season had just passed.  It is possible, someone could have put up a trail camera during Elk season and left it there for a while before they went back to get it.

What if a hunter put up a trail camera on his property or had permission to put up a trail camera on someone else’s property and forgot about it and left it there for several months, and when they went back in the Spring to pick it up they saw something on the video that they thought the police might find interesting.  What if on the video they saw Dylan or maybe someone with Dylan walking by the camera, or maybe a hunter by himself, about the same time that Dylan was in the area.

The La Plata County Sheriff’s Office stated on Friday they are looking for a killer in the death of missing teenager Dylan Redwine, and maybe that killer is a hunter, who used either a bow and arrow or a gun and accidentally killed Dylan.  A hunter that mistook the rustle in the woods as a deer and not a 13-year-old boy walking.

This is just a theory, but would account for why the police have told the townspeople not to worry about a predator, and while they are also calling it a “possible” criminal investigation. 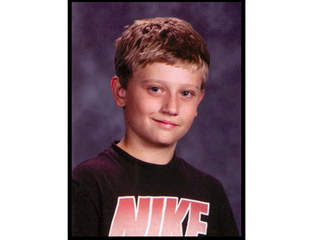 “If somebody was shot, you can see marks on the bones from the projectile passing through the bone. You could see if someone was beaten, blunt force trauma, we can see that on the bones,” forensic anthropologist, Dr. Catherine Gaither told ABC 7 News.

Leaving two reasons why police know that Dylan’s death was a homicide.  Either there were marks on his bones or they saw him and another person walk by a trail camera.

So, if this is a homicide, how long do we wait for an arrest?