UPDATE:  2/26/14 – The mother and sister of Robert Mayer feels that Robert’s wife, Ida may be withholding information, and wonders if she is trying to protection someone or something by keeping that information.“There have been inconsistencies in her story, right from the start,” Geri Mayer told PIX 11 news about her daughter-in-law.

Mayer’s sister, Christine Ellis, added, “In the beginning, she was saying the Russian mob was after him.” 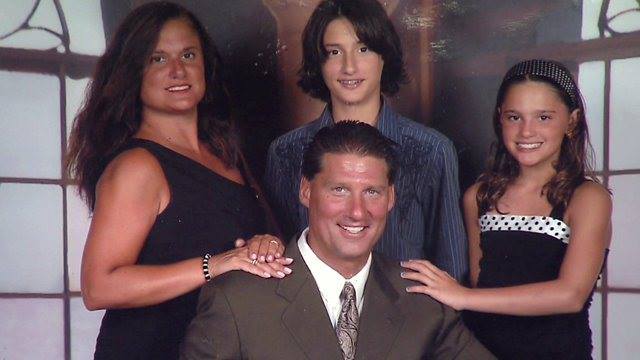 According to PIX 11 that interviewed both Ida and his mother, Geri who now is saying that Ida has changed her story about the events on June 14, 2013.

PIX 11 reported that Ida arrived home on Leroy Street in Dix Hills with the children,  after 3 pm.  Video from a neighbor’s house showed Robert’s car pulled into the driveway about 2:41 pm and then left out about ten minutes later, before his family got home.  What is not know is who was driving the car.  His Pontiac was found parked the next day at the Deer Park Long Island Railroad station.

Previous story:  Robert Mayer, 46, from Dix Hills, New York went missing on Friday.  He drove to Brooklyn for his job as an electrician but never returned home.

He was last seen around 2:15 p.m. on June 14 at the Arrow Scrap yard in West Babylon—where he sold scrap metal from his jobsite. His cell phone went dead about a half hour later. An Arrow foreman tells the Press Mayer had been a longtime, if sporadic, “customer” of the recycling center.  That day a surveillance camera caught him and he looked worried and scared.

His 2004 Pontiac was found at the Deer Park train station with the keys missing.  The front seat was moved forward closer to the steering wheel than he’d have it, and the trunk, where Mayer typically would keep his tools, lunchbox and water bottles, was empty; the latter found on the front seat.

The car was locked and its keys have not been found; a green mountain bike belonging to him is also gone. His wife, Ida found his wallet and $300 cash in a drawer in the garage. After a video camera catches the top of Robert’s car in front of his house around 2:40, it is now believe that Robert probably came home, left the money and wallet and then drove off again about 10 minutes later.

Authorities later discovered Robert Mayer had stopped at the Arrow Scrap yard in West Babylon on the day of his disappearance to cash in scrap metal. Video cameras at the business show he stopped there at about 2:15 p.m. on June 14 in West Babylon.”In the scrap yard surveillance photo he looks like something is wrong. His looks worried and the look on his face haunts me,” Ida Mayer said.

Also more info from his wife states that the driver’s seat on his car was closer than where he would have had it if he had been driving.  Though he would sometimes meet with coworkers to go into the city, they did not drive his car.  Ida also said that Robert does not like taking trains, and is particularly distrustful of the Deer Park train station. A lack of security presence and surveillance cameras at the station made him worry that his car, like many others, would be broken into if he left it there. 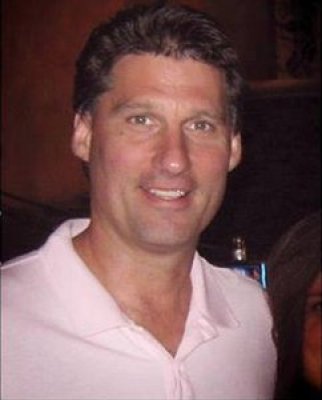 “Please pray for my husband. He would not have missed Father’s day with the kids he loves with his life. Slight edit — he worked in Brooklyn. And his cell phone signal was last spotted around Rte 110 in Huntington while he was on his way home around 1:45. He is believed to be in long island..please contact me or Suffolk police with any info, no matter how trivial. Rob was wearing jeans, work boots, and either a grey or dark blue polo shirt. He may be unshaven. He also may have a striped flannel jacket. Thank you for all your love and support. We are heartbroken and believe he is hurt.”

Mayer is a 6’1” white male, age 46 with brown hair and hazel eyes. By now he may have a beard.  He was wearing a grey polo shirt with a J.C. Electrical logo on it, light blue jeans and black work boots.  His left middle finger has the tip off.