UPDATE: 8/23/13 – Authorities have positively ID’d the body as belonging to Adrianna.

UPDATE:  – Searchers found a body Wednesday outside of the southwest Missouri town.  The authorities have declined to state the exact location.  A positive identification could take up to 24 hours, the Missouri State Highway Patrol said.

Adrianna is still missing and the search is widespread as hundreds of officials search for her.

UPDATE:  8-19-13:  Bobby Bourne, 34, has been arrested in connection with the disappearance of Adrianna.

His Facebook page shows he was living with a woman and 4 children. At this writing both the woman’s page and Bourne’s own Facebook page have been removed.

Previous story: Authorities are searching for a missing child from Missouri after she went missing at a park.

Adrianna Horton, 12, was last seen around 5 p.m. at Hazel Park at Golden Ave at High St. in Golden City.  She had gone there with her sister and father to meet friends.

Adrianna’s father, James Horton told police that one of the friends alerted him to the fact that Adrianna was missing.  Someone stated they had seen her get into a vehicle but investigators say they are still trying to confirm that from other witnesses.

Some children told police that they saw a man that they recognize get out of his car and grab Adrianna. He then put her in his car and drove off. 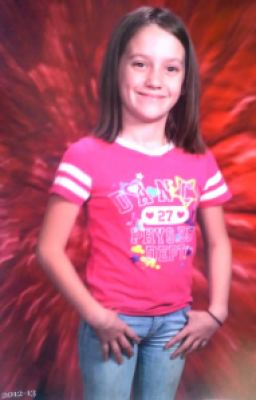 Around 6:30 p.m. the vehicle was stopped and the man was taken into custody, but Adrianna was not with him.  Horton said that he knew the driver of the vehicle and that he once worked for him.

Golden City is a very small town with about 700 people.

Wendi Jackson, Adrianna’s mother told the Joplin Globe that she just wanted her baby back in her arms.

Adrianna has short brown hair, brown eyes with a fair complexion and she was wearing a jeans and a pink shirt with hearts on it.

If you have any information to her whereabouts, please call the Barton County Sheriff’s Department at 417-682-5541.

One thought on “Adrianna Horton: Child abducted from park in Golden City Found”