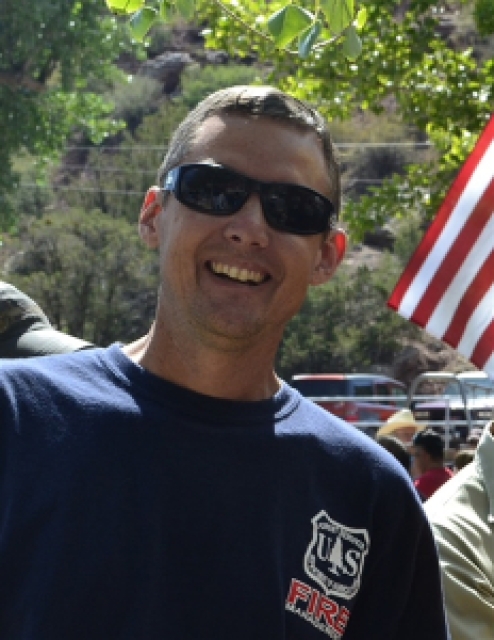 UPDATE:  9/5/13 – Captain Token Adams, 41, died in an apparent crash of his ATV on a mesa, according to Fox news.  .It was unclear if he died immediately or how long he had been dead, said State Police spokesman Manny Gutierrez, according to the Associated Press.

Token Adams, 41, a Captain with the New Mexico Wildland Firefighter and working in the Jemez Ranger District is missing in New Mexico since Friday.

Adams took his ATV  to check on some smoke that was reported east of Jemez Springs and he never returned.

“Obviously our concern is that something might have happened while he was in the area,” U.S. Forest Service spokeswoman Karen Takai told ABC News.

The last communication from Adams was in Holiday Mesa and there have been searchers on horseback, walking and in the air looking for him, even though there had been bad weather.

Adams has not responded to any calls to his radio nor did he make it back to a meeting point.  The lightning wildfire that was in the area had been put out on Friday.