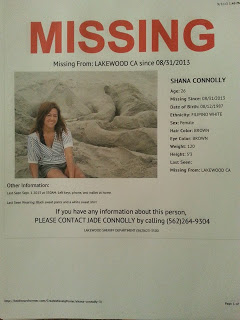 UPDATE 9/5/13 – Shana’s family announced that Shana has been found and she is safe.

Previous story: Shana Connolly, 26, from Lakewood, Calif. as she was leaving her home at 3 a.m. on  September 1, 2013, to go jogging to get some exercise.  She was seen around Paramount and Del Amo.  She has no I.D., debit or credit cards, money or cell phone with her.     Her keys were found outside her home next to her bicycle on the sidewalk.   Shana may be depressed and need medical attention.    Shana is Filipino/white, with brown hair and brown eyes, 5’3” tall and 120 pounds.  She was last seen wearing black sweat pants and a white sweat shirt.
If you have any information about his whereabouts, please contact the Lakewood Police Dept. at (562) 623-3500 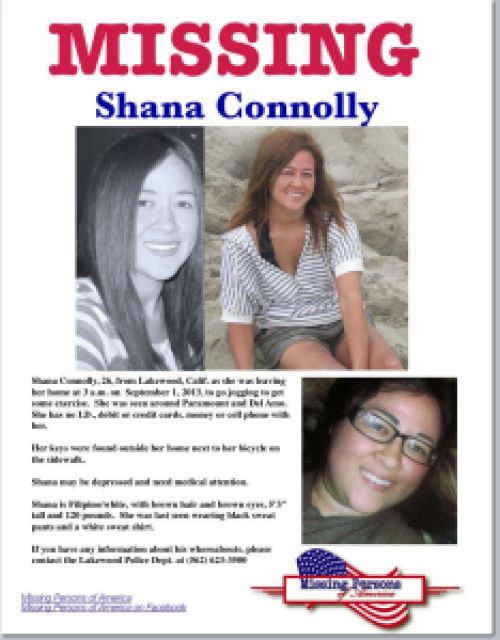 3 thoughts on “Shana Connolly is missing from Lakewood Found”