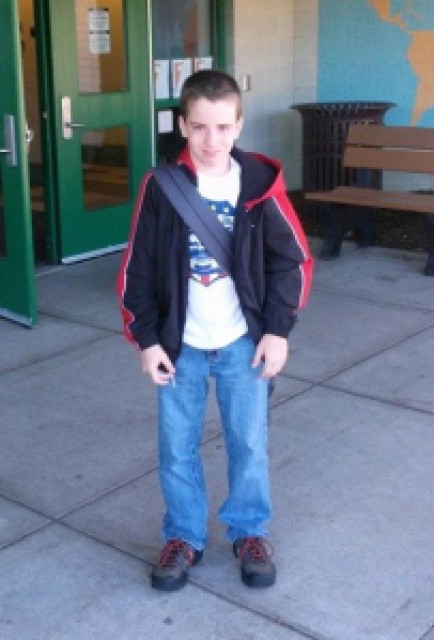 UPDATE 9/16/13/ –  on the  Ionia County Central Dispatch Facebook page, a post reads,  “It is with heavy heart that the City reports the body of Devon Morrison was found in the Flat River. Please keep his family and thoughts in your prayers.”

UPDATE 9/15/13 –  WoodTV posted that a went to the house on Sunday evening to talk with the family and found the police were there sealing off an area around the house.  All they were said was they were “searching for things for the search tomorrow,” but more LEO showed up until there was about 12 there and they all went into the house and took photos.  Later they left with several bags.

Devon Morrison, 10, is missing from his home near Harrison St. and North York Street in Belding, Michigan.  He told his parents he was going fishing on Saturday, but he never returned.

“I’m terrified,” his mother, Shauna Smith told 24 Hour News 8.  Devon regularly goes fishing on his own and has never disappeared for this length of time.

A neighbor who knows Devon told police that he saw Devon walking on Harrison Street with his fishing pole at 2:30 p.m.  Nelson said the neighbor believed the boy was walking away from the river. Another neighbor told WZZM 13 police found his container of worms near the Flat River.

At 2:30 a.m., a pair of shoes were located in the river by the train trestle near the old Gibson Building site. Belton Police Chief Dale Nelson said family members are “pretty sure” they belong to Morrison.

A dive team has searched the Flat River for him but he has not been found.

The search also included parks and his neighborhood.

Devon was wearing a red-hooded sweatshirt and black jeans.  If you saw him on Saturday or do see him, please call the Ionia Central Dispatch at 616-422-0911.