August 15, 2018 – Chad McGhee is still missing. The police in 2017 stated they believe that Chad did not just walk away, even though he had a warrant. They have asked for any tips to be sent to them. 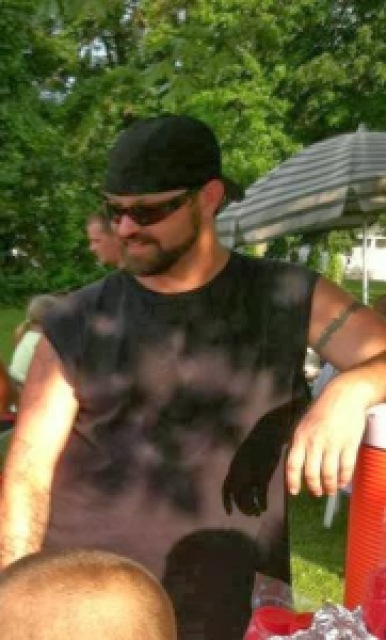 Chad McGhee, 36, of Dugger, Indiana has been missing since August 17.

McGhee is 6 feet tall and weighs 170 pounds. He has dark brown hair his cousin described as shaggy and probably full facial hair as well. He has a full sleeve tattoo on his right arm and a barbed wire armband on his upper left arm. He wears a black ball cap and sunglasses and was last seen wearing all black clothing although he might have changed into a pair of blue jeans.

Police say he left home without his phone, wallet and all his personal information.
If you have any information that could help locate McGhee, call the Sullivan County Sheriff`s Office at (812) 268-4308, or call Crime Stoppers at 238-STOP.