UPDATE 7/3/14 –  The medical examiner reported that the remains that were found November 2013 belong to Madyson Stormy Star Jamison, Sherrilynn Leighann Jamison and Bobby Dale Jamison.   They still do not know the cause of death.  Leaving many to continue to wonder what happened to the family. 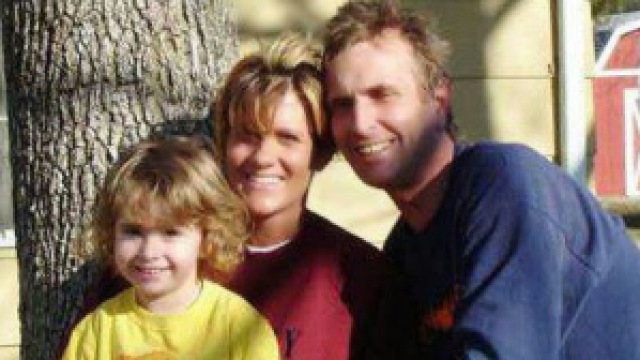 Previous story: On the tail of the discovery of skeletal remains that have been identified as two members of the missing McStay family from San Diego County, a deer hunter found skeletal human remains in Latimer County of another missing family on Sunday.

OSBI Assistant Special Agent in Charge Gary Perkinson told News On 6 it will be a while before positive identification is made, but they appear to be partial remains of three people.

According to the SAC for the Oklahoma State Bureau of Investigation, the remains were found a few miles south of Kinta, near Red Oak, where a vehicle belonging to a couple and their 6-year-old daughter was found abandoned in 2009.

Bobby Jamison, his wife, Sherilynn, and their daughter, Madyson of Eufaula, were last seen October 9, 2009, near Red Oak.  Their truck was found eight days later by hunters, with their dog, who was barely alive, inside.  The couple’s IDs, wallets, coats and an envelope with $32,000 in cash was also left in the truck.

The couple had been out looking at land to purchase and just before their disappearance, Bobby had asked a minister how to get rid of some ghosts in his home.  Authorities scoured the area looking for them, but they were never found until today.

Theories surrounding their disappearance from drug use to them entering the federal witness protection program or falling prey to a Satanic cult have circulated for years.

OSBI says it will be some time before DNA tests can confirm if the remains are those of the Jamison family.