Katrina was last seen as a passenger of her mother’s orange Kia Rio on December 1.  Katrina’s boyfriend Alec was driving. 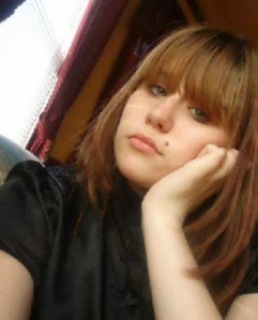 “MISSING TEEN!! This is Katrina Lewis from Pawtucket, RI.  She has been missing since early morning on December 1st.

Last known as a passenger in her Mother’s KIA Rio with Alec Stacki driving. Katrina is 18 years old, and in high school and is believed to be in great danger at this time due to her mentally unstable boyfriend Alec. Katrina requires prescription glasses, those along with clothes and personable items were left behind.


The last time Katrina’s phone was on was somewhere in NH on December 1st. T Katrina was a high school student and about to start a new job. She’s never been in any trouble before and is quiet and shy.

Alec Stacki is the son of a Cumberland Police Officer and we are hoping that they are doing whatever is in their power to find them. It is believed that she is or has been in New Hampshire.