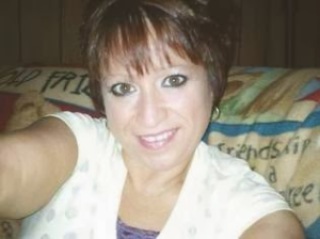 UPDATE:  3/20/14 – A SUV that was discovered by a private investigator has been pulled out of the Ohio River near Rosiclare, Illinois.

No work from law enforcement but the family believes the vehicle pulled from the water does belong to Chrissy Williams.

A few hours later WSIL TV’s 5:00 news broadcasted that the family has confirmed the body of Chrissy Williams was inside the SUV.

“PLEASE SHARE AND REPOST: Yes I seen the article that went live this morning. Do I care? No. Why? I just want everyone to know that I have protected the names of individuals involved in this investigation for a month. You can ask RealityCheck MonicaZukas from the radio show, as well as Harrisburg Daily Register, the Norris City Newspaper, and WSIL. I asked WSIL personally yesterday to block the names, which they did. But, TO THE SHAWNEETOWN POLICE OFFICER: since you felt you needed to state your side of the story, you released your own name and information pertinent to this case. Now, people of shawneetown and everywhere else can see just how concerned you are over my sister missing, as well as, protecting the rights of individuals. Never once did anyone say she had a current OP and Never once was names released to the media or on the HOPE FOR CHRISSY page (I even protected your name as it was listed in the email too) but from what you are saying, had she you would have done something? She came to you with a threat that was made, and you looked the other way, 2 days later she’s missing. I don’t know if the reason why she is missing is really because of this or not, I even said that on the news, however, as a police officer you should have done your job and taken the threat seriously. You just made yourself look even worse, so I thank you for that.” –(jd)

Previous story:  Over a month after Chrisandra “Chrissy” Williams, 39, was last seen, authorities and family are still searching for her. Chrissy was last seen on December 2nd around 9pm leaving a residence in Rosiclare in Shawneetown, Ill. driving a red or maroon 2011 Ford Escape license number 1189917. Large searches including by plane, foot, boat and car have been conducted by volunteers and authorities with no results.

In the days leading up to her disappearance, Williams sent messages indicating that she may be in danger and that her ex would be responsible if anything happened to her.

Two days before Chrissy went missing, she sent her friend a text.  She told her that she received this message, “I will pay for what happened the other night.”  Her friend told her to go to the police as it was a threat.  Chrissy said she did and they said it was just as much her fault as it was his and they were not going to do anything.  She then stated if “I come up missing, —– did it.”

Authorities have questioned her ex but have not released any other details. Williams sister, Tami Jackson, has said that the police arrested him for domestic battery in the past.

Williams is 5-feet, 1-inch tall, 120 pounds with brown hair and brown eyes. She has a tattoo on each foot and on her lower back.